Scott Carney - What doesn't kill us makes us stronger... but does it make us wiser 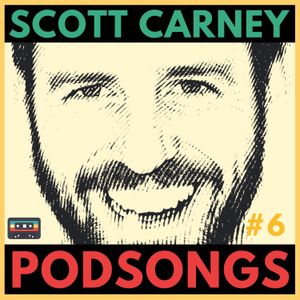 This is a reissue of Episode 6, while Jack takes a short break for the birth of his first child. Scott Carney is an investigative journalist and anthropologist and has worked in some of the most dangerous and unlikely corners of the world. His work blends narrative non-fiction with ethnography. He inspires a song called True Believer, about the life philosophy he has built based on his work and travels.

His books include What Doesn’t Kill Us was a New York Times bestseller; other works include The Red Market and A Death on Diamond Mountain. Carney was a contributing editor at Wired for five years and his writing also appears in Mother Jones, Men's Journal, Playboy, Foreign Policy, Discover, Outside, and Fast Company. His work has been the subject of a variety of radio and television programs, including on NPR and National Geographic TV. In 2010, he won the Payne Award for Ethics in Journalism for his story “ Meet the Parents,” which tracked an international kidnapping-to-adoption ring. Carney has spent extensive time in South Asia and speaks Hindi. He attended Kenyon College and has a master's degree in anthropology from the University of Wisconsin-Madison. He currently lives in Denver, CO

There's a wedge, we drive
For our minds, to thrive
We wither in this world
Or we evolve

What is truth? What's belief?
What is hiding underneath?
In the lie-infested world in which we crawl

You call me faithless - but my faith's unshakeable
In fact, I'm one of only a few believers left

You call me faithless but I've no doubt
I'm a true believer - believe me!

I've faith they'll kill to make a million
Sell their bodies, sell their children
I'm a believer!
A true believer

Lies are always told
As lives are, bought and sold
Our belief is the currency that we traded away