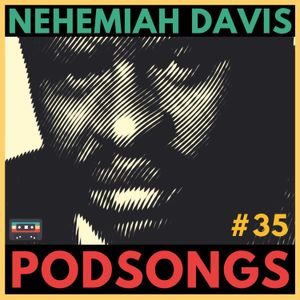 Nehemiah Davis is a yogi and teacher of mystic practices. From early childhood Nehemiah’s father (Althair H. Davis) taught him to manipulate cosmic energies (prana) through prayer and mantra with metaphysical teachings that stress balanced karmic methods of actions through life. With this, his father instructed him in several forms of yoga, which included; karma yoga, hatha yoga, bhakti yoga, raja yoga, mantra yoga, mudra yoga, pranayama (yogic breathing exercises) and kundalini yoga. As a child his father created and enforced a daily schedule of early morning and late evening prayer, meditation, and pranayama. His education in metaphysics while growing up included mystic authors such as; H.P. Blavatsky, Annie Besant, Rama Prasad, Swami Vekadanada, Yogic Ramacharka teachings, Alice A. Bailey, Paramahansa Yogananda, Swami Sivananda, Sir. John Woodroffe, as well as the late Dr George King founder and president of the Aetherius Society, a modern mystic order that his family were members of. Nehemiah Davis has been teaching on various metaphysical subjects over the last 25 year. His students have asked him over the last decade to write on the subjects he taught. This book “The Ancient Language of the Soul” is his beginning in sharing his knowledge with a large audience around the world.

BLIND AND GROPING IN THE DARK

There’s so much beauty here before me, but how little I perceive

Of other realms existing here, I cannot conceive

Between me and the mystics, the difference is stark

I'm an involved creature, blind and groping in the dark

Clairvoyance shows them devas flying, while they play fantastic games

They also see the difference 'tween them and me so stark

As I wallow in the filth, blind and groping in the dark

My mind's an open book to them, if they were bored enough to read

While Psychometry can tell them more than you would dare believe

Or hear me talking miles away, saying some snide remark

While I cannot even hear the silence, blind and groping in the dark

What makes this so much harder

What grinds me finer still

Is that I know that I could join them

If only I had the will

I've know the breaths and Mantras

Worth more than any jewel

That you'd only learn in ages past

After years in Mystery Schools

I'm arguing with idiots, blind and groping in the dark

Yet inevitably one day I will turn back to the source

When the serpent stirs and starts to climb along Sushumna's course

On that day I'll ignite again, I am a divine spark

Until then I'm the ashes, blind and groping in the dark