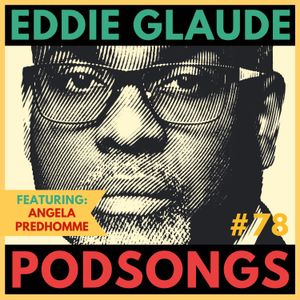 Eddie S. Glaude Jr. is an intellectual who speaks to the complex dynamics of the American experience.  His most well-known books, Democracy in Black: How Race Still Enslaves the American Soul, and In a Shade of Blue: Pragmatism and the Politics of Black America, take a wide look at black communities, the difficulties of race in the United States, and the challenges our democracy face.  He is an American critic in the tradition of James Baldwin and Ralph Waldo Emerson.  In his writings, the country’s complexities,  vulnerabilities, and the opportunities for hope come into full view. Hope that is, in one of his favorite quotes from W.E.B Du Bois, “not hopeless, but a bit unhopeful.” He is the James S. McDonnell Distinguished University Professor and chair of the Department of African American Studies, a program he first became involved with shaping as a doctoral candidate in Religion at Princeton. He is the former president of the American Academy of Religion. His books on religion and philosophy include An Uncommon Faith: A Pragmatic Approach to the Study of African American Religion, African American Religion: A Very Short Introduction and Exodus! Religion, Race and Nation in Early 19th Century Black America, which was awarded the Modern Language Association’s William Sanders Scarborough Book Prize. Glaude is also the author of two edited volumes, and many influential articles about religion for academic journals. He has also written for the likes of The New York Times and Time Magazine.

With a laid back, soulful style, singer-songwriter Angela Predhomme expresses emotion with honesty and passion. She has a knack for writing catchy melodies and lyrics that touch your heart, and sings with bluesy overtones that hint of her roots in Detroit. Predhomme’s songs have been heard by millions through television, film, and in major retail chains. Credits include the popular Hallmark movie “Christmas on Honeysuckle Lane,” Lifetime’s hit show “Dance Moms,” Freeform’s “Switched at Birth,” TLC’s “Here Comes Honey Boo Boo,” commercials for ING Bank and Fiat, and closing credit placement in the film A Wedding Most Strange, among others. http://www.angelapredhomme.com/

You've been denying it for years

These are deep-seated fears

It's there for all to see

Why to hide it?

Why the long face?

If you're invited to a table

That you build with your own hands

It's not a bridge

There's a serpent round the legs

And its eyes your throat

If you decide your destiny

Its the warped reality

At the heart of the country

The foundations are all rotten

And the termites caused destruction

The walls are caving

The roof is failing

It's all a lie

Somewhere in the wreckage

In the rubble of the righteous

There's a reckoning to come

When the sorting will be done

The kiln is fired up

Beat out the lie

Build it for the third time

Rising from the ashes